Arriving at Squaw this morning, I figured that continued heavy snow and low visibility would keep KT closed. Standing in line at Exhibition, I turned around to see that it had started loading. It was 9am sharp and the line was not crazy long. I skated over to KT and was on the chair by 9:10am. My chairmates and I decided to partner up since we were all skiing alone and were a little sketched out about it.

We took one deep and fast run down Chute 75 and another completely untracked run down the Alternates, which had just opened. After our second run, we saw that KT was closed and rode up Exhibition instead. From the top, we could why KT had been shut down — a large avalanche had started above the Fingers, pouring down a crowded slope and sweeping one person off of the chairlift. A search was underway below, with beacons, probes and avy dogs. As far as I know, KT and Exhibition shut down for the day and did not reopen. According to the news reports, there were several injuries, but no fatalities. I’m grateful for that and for the two unexpected and amazing KT runs. Today was a good reminder that conditions are dangerous, even when the resort is open, and to wear a beacon and ski with a partner. 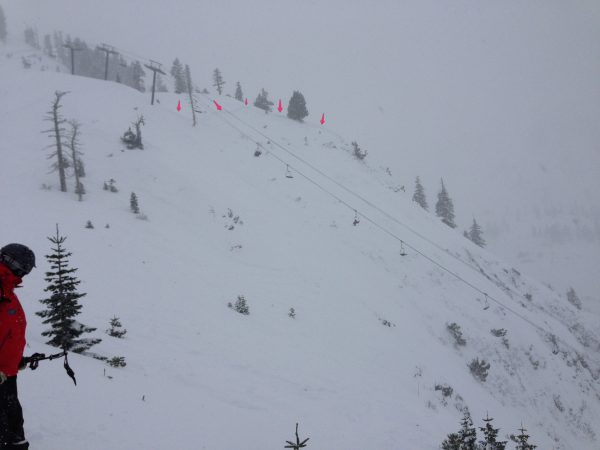 Crown Above the Fingers, KT 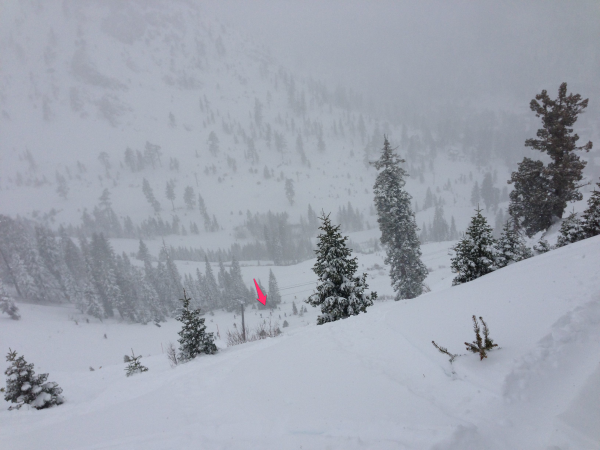 Need to fix a broken pole strap,  boot liner or ski rack? Gorilla Glue Epoxy is a two-part, water-resistant epoxy that sets in five minutes. Clamp the broken parts together for 30-minutes and the epoxy will fully cure in 24 hours. It dries crystal clear, so there are no glue marks or discoloration. Lightweight, mess-free and easy to use, you can keep it in your pack and have it ready whenever you need it. 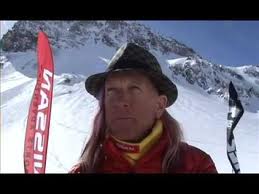 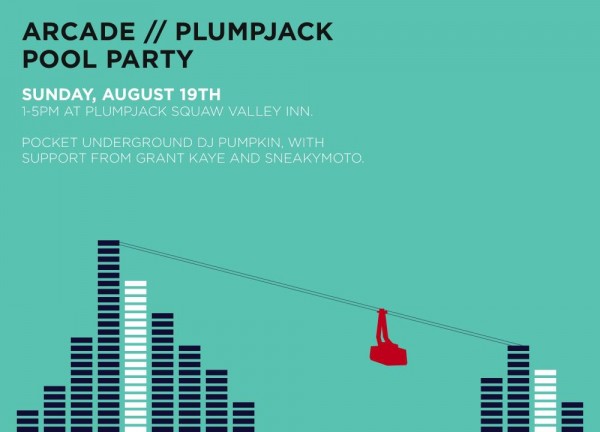 Big and Small Pump it at the Truckee Pump Track

It’s not often that you get a bike workout at the same time, in the same place as your kid does. Amazingly the new Truckee Pump Track lets you do just that — you’ll get your heart going and start sweating as you pump through the bigger features, while your little one rides his push-bike or mini two-wheeler around the outer ring or on the smaller features on the other side. Check in on the platform and drop in again!

The new, professionally-designed Truckee Pump track opened on June 10th, less than a year after Brooks McMullin and Mark Featherstone got the $45,000 project approved by the Truckee Recreation and Park District and the Truckee Sanitary District. Read more about the Pump Track at Moonshine Ink. Then, go check it out for yourself. Get there early to beat the crowds and watch out for the sprinklers! A little warning alarm for them would be a nice touch…. 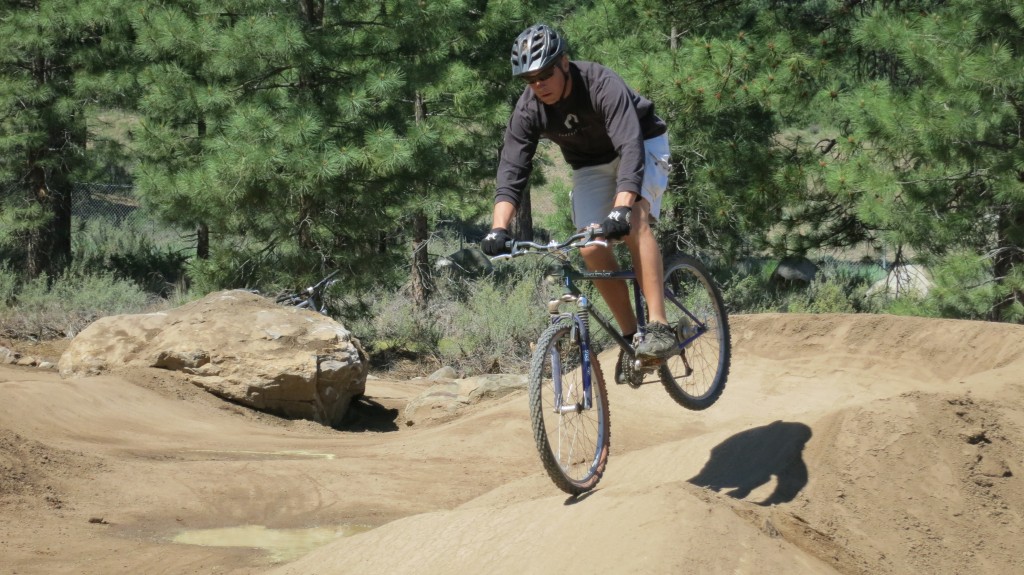 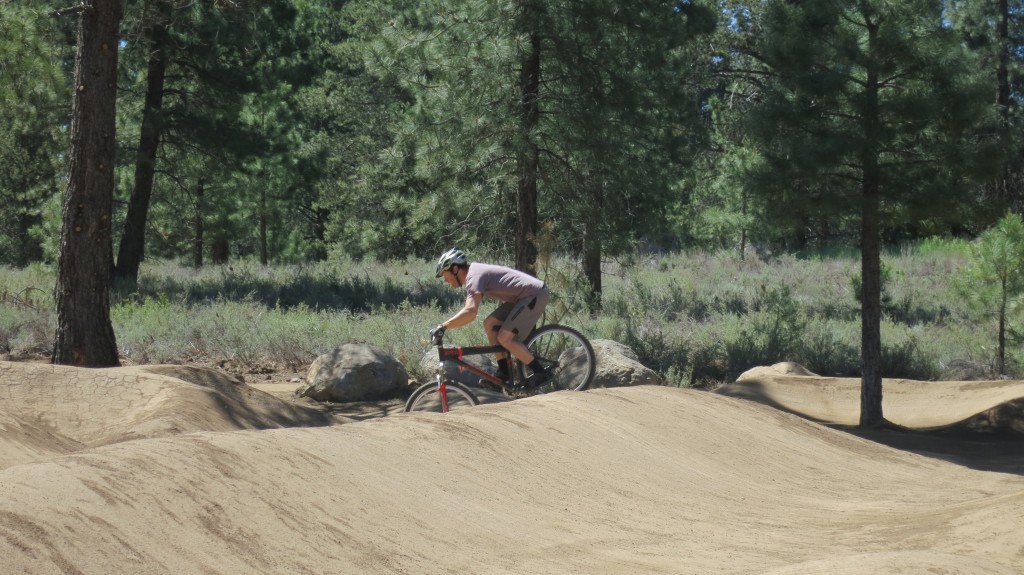 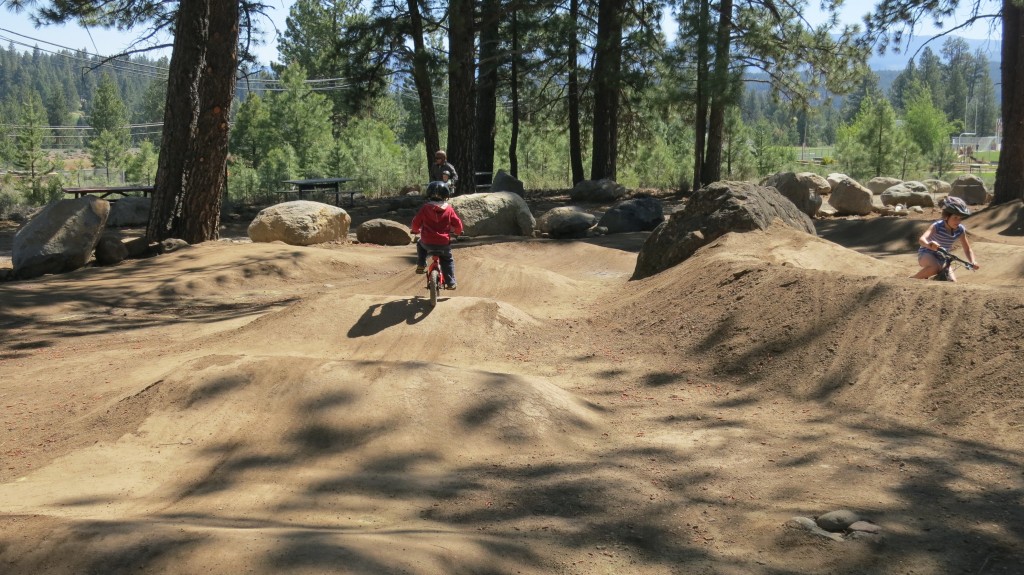 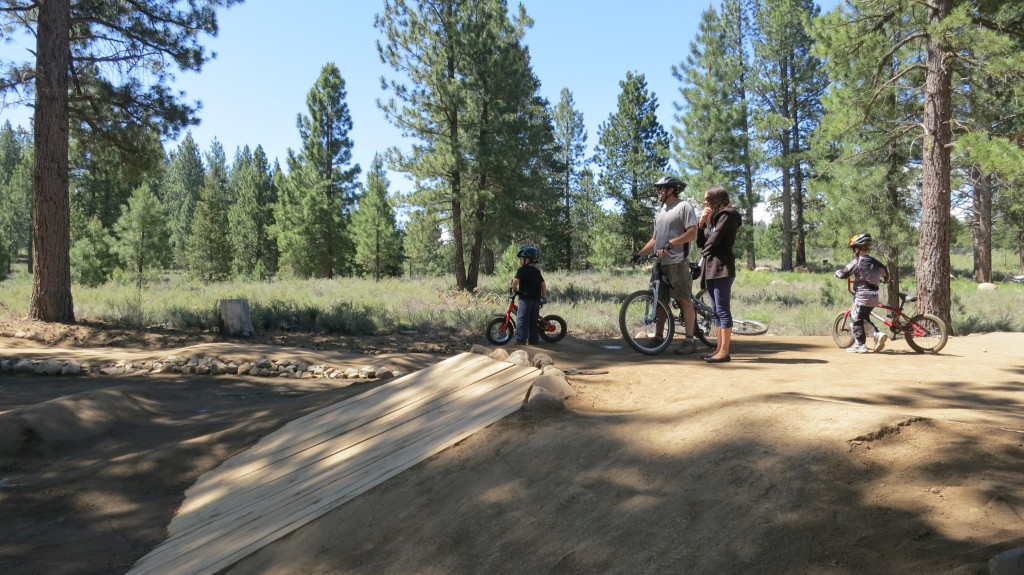 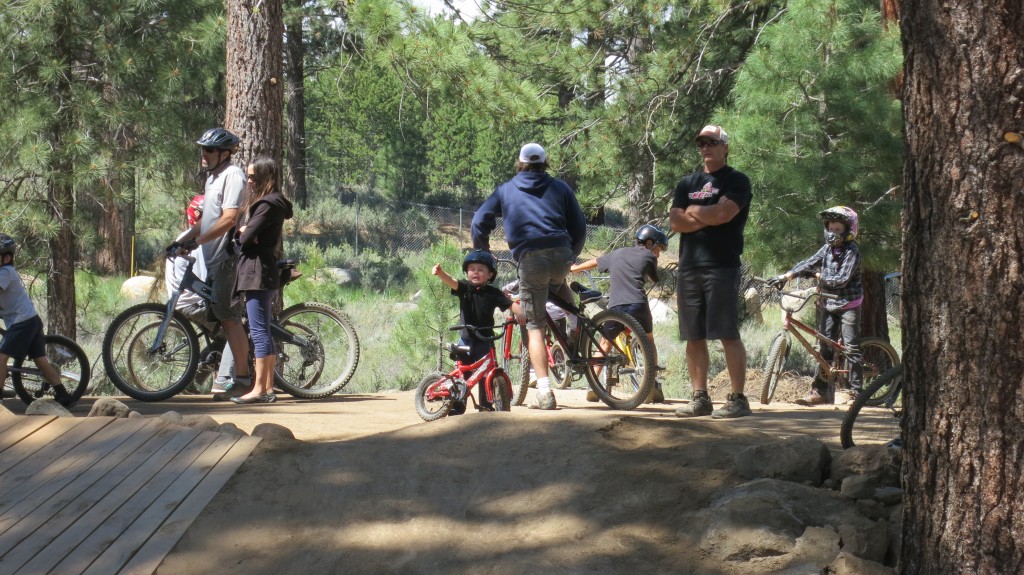 Hanging on the platform

On Saturday June 9, hundreds turned out for the grand opening of Woodward Tahoe. Dubbed “The Bunker,” the new 33,000 square foot indoor action sports center at Boreal is open to skateboards, BMX bikes, roller skis and boards and inline skates. Tony Hawk, Tanner Hall and a host of other pro athletes came out to greet packs of fired-up locals and demo the new facility.

The facility features 6 Olympic sized trampolines, a super tramp, two Skatelite ramps (one into a foam pit), a mini ramp, 3 foam pits, a pump track, bouldering wall, tumbling track and a skatepark, with spring floors throughout.

Outside of the Bunker, action sports vendors displayed their wares, while a BBQ fired on the upper deck and skiers and riders hit the Superpipe and terrain features on the surprisingly snow-covered hill above. 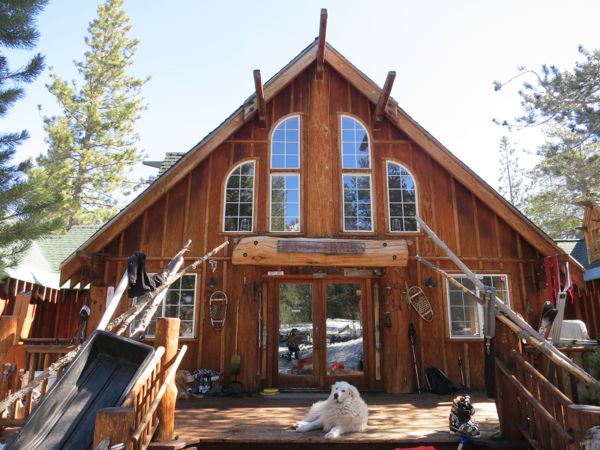 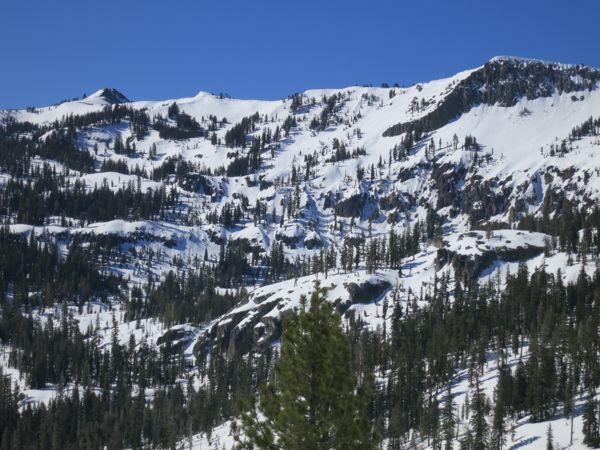 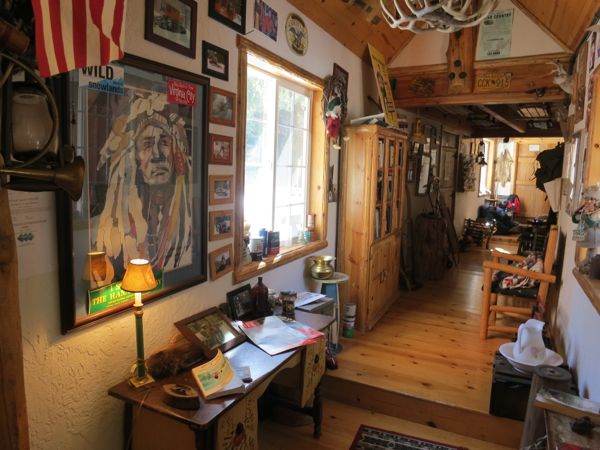 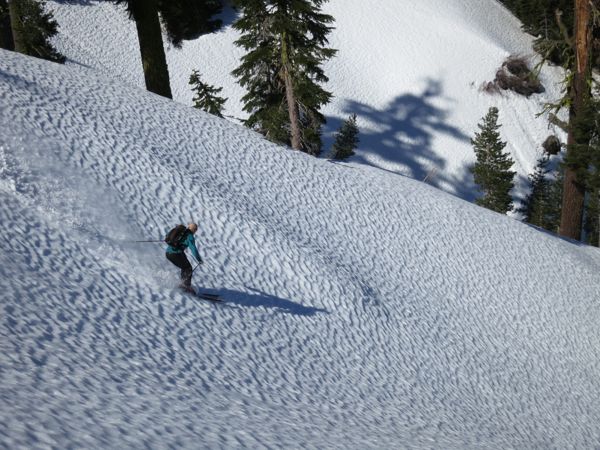 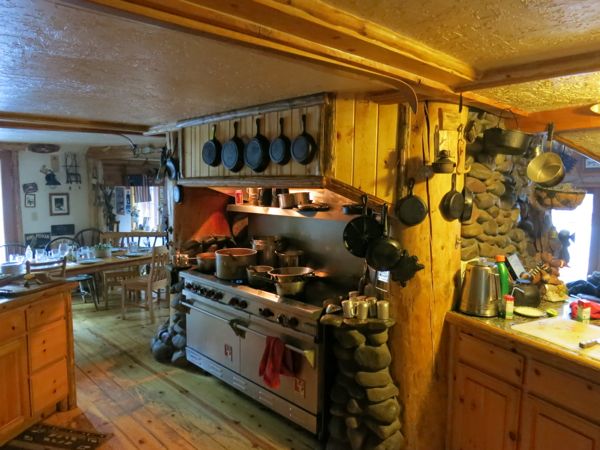 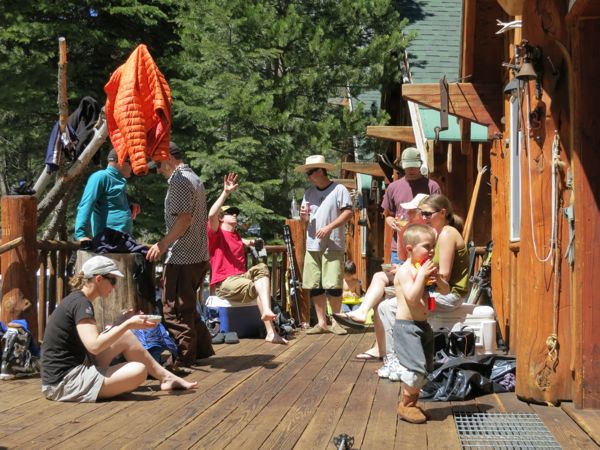 The Pain McShlonky Classic Weekend is Coming Up March 23-25! It’s Going to Be So Much Better Than Any Other Weekend. 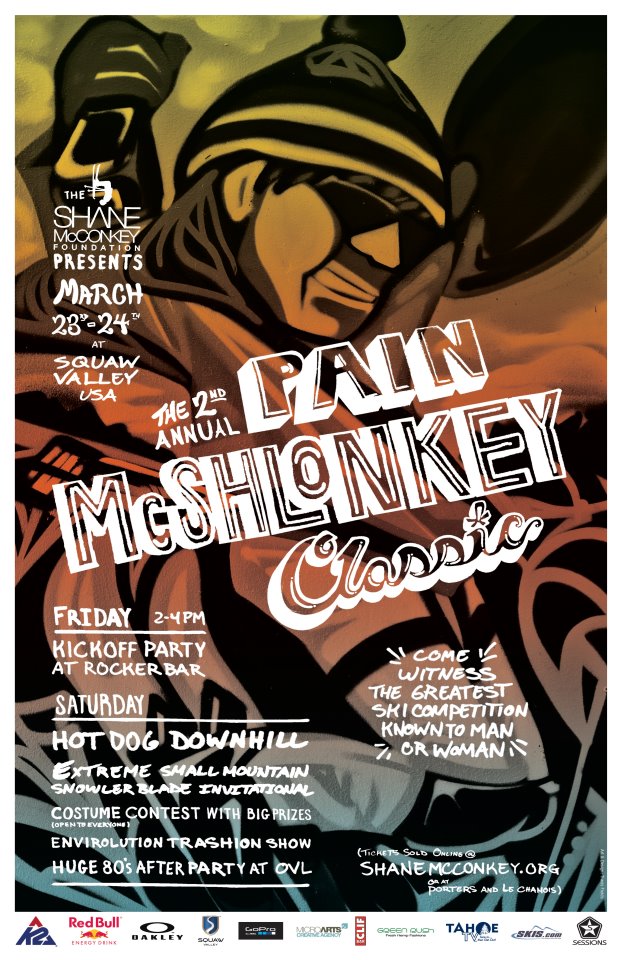 The Pain McSchlonkey Classic weekend - coming up on March 24th!

A Weekend with the Bay Area Ski Bus
By Rachel Friedman

In my short time living in the Bay Area, I have met my fair share of skiers and snowboarders. Having recently moved from Vail, Colorado, I welcome any conversation that has to do with snow. Transportation to Lake Tahoe comes up often. Living five minutes away from the mountain, transportation was never a problem. But it is a true dilemma for a lot of Bay Area residents. And THIS is where the Bay Area Ski Bus comes into play. For all you skiers and snowboarders who don’t own a car or have a ride for the weekend, the BASB has got your back. With three different trip options, there is something for everyone: the One Day Trip ($109), the 2-Day Hotel Trip ($269), and the 2-Day Ski House Trip ($389). My boyfriend, Mike, and I were lucky enough to spend a recent weekend in North Lake Tahoe, courtesy of the BASB and their hospitable crew. We sampled part of the One Day Trip and part of the 2-Day Ski House Trip.

Since we had to catch the bus at 5am, we dragged ourselves out of sweet slumber to the bus pick up. Riding the BASB let us catch up on the rest of our much-needed sleep. There’s a lot to be said about curling up in a ball to catch some zzzz, knowing that when you awake, the mountain will be waiting for you. An hour out from Squaw, our hosts, Kelly and Loretta, woke us with bagels, Danishes, yogurt, and juice to fuel our adventure for the day. YUM!

The bus parked close to the base area and the hosts swiftly passed out our ski tickets and gave us instructions for the day. Mike and I got in a full day of riding, though the conditions weren’t exactly what we had hoped. Dreams of pow turns will have to wait for another trip. At 3:30pm, the BASB hosts set up an après ski spread with wine, beer, hot chocolate, and snacks. If we had driven ourselves up to Tahoe, having a couple of cocktails after riding all day wouldn’t be ideal, but with the BASB, all we would have to do is get on the bus and watch movies until we got home.

Instead of getting on the bus back to San Francisco, we hopped on the van to the Ski House in Tahoe Donner with our host, Nick. We stopped at the grocery store so we and the other guests could pick up some dinner supplies. The house was cozy, and everyone in our group of eight had a room. It was a great atmosphere for meeting potential new ski buddies. We soaked in the hot tub, played pool, ate dinner, and just hung out. Brad, the caretaker, and our hosts, Nick and Kelly, added a great dynamic to the group. In the morning, they cooked breakfast before we headed out to Sugar Bowl. Because our group was small, our timing was flexible, and we didn’t feel rushed. The van dropped us off right at the base of Sugar Bowl and we spent the day exploring this hidden gem of a mountain.

If you want to go shred the mountains of Tahoe, the Bay Area Ski Bus offers an efficient, organized, and laid-back experience. You’ll feel relaxed and you can get all the days you need on the hill. Check out the Bay Area Ski Bus for dates and prices. Follow me on Twitter @RachShredGnar. 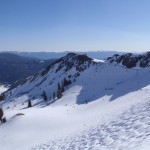 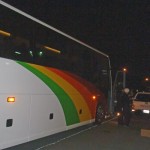 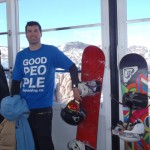 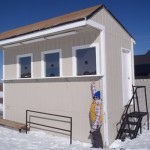 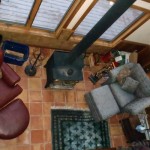 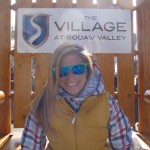 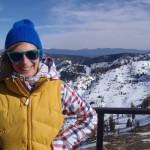 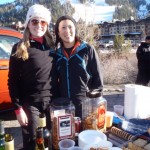 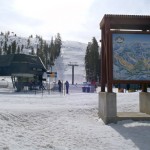 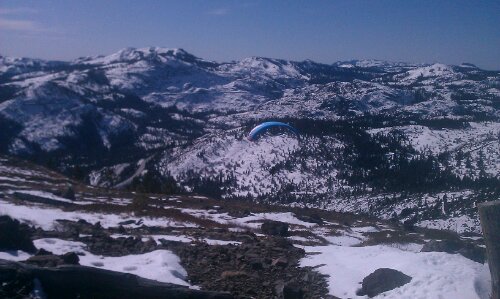