State of the Backcountry…It’s On!

I spent Thanksgiving week in Florida soaking up eighty degree temps while salivating over Tahoe weather reports as storm after storm pounded the Sierra Nevada. I heard rumors of “chest deep to rocks”, patrol sleds stuck on Mountain Run, a six foot crown in Chute 75, Kirkwood and Alpine pushing the 100 inch mark and cars so buried you could not identify them. By the middle of the week it became obvious something special was happening. Many resorts reported some of the highest November snowfall totals on record. By Thanksgiving Day the Tahoe Region stood at roughly 25% of its average annual snowfall.

The abundance of early season snow implied the backcountry might be worth a taste test to see if things were getting underway ahead of schedule. Upon my return Friday night I made plans with my touring buddies, packed my gear and prepared to head to our favorite stash on Saturday with the possibility of an encore visit on Sunday.

We began skinning from elevation 6,100 at around 10:30 Saturday morning.  An hour and a half later, and 1,800 vertical feet higher, it was snowing heavily with winds gusting from the southwest. The Sierra Avalanche Center (www.sierraavalanchecenter.org) had reported north and northeast aspects most likely for slide conditions. We dug a pit that showed an unstable layer at about 8 to 10 inches. Based on conditions (heavy snow with rapid loading) we opted to ski mostly lower angle north facing terrain. It was fantastic powder! Surface sloughs were common on anything over thirty degrees. We experienced one skier triggered slab avalanche with about a 6 to 8 inch crown.  It ran a short distance onto more gradual terrain. It was definitely a day to play it safe so we stuck to the trees and stayed away from tempting yet dicey steeper terrain and open faces. It was an awesome first backcountry day of the year.  So good in fact that we decided to return the following day.

Sunday brought colder temps, sunshine and a far more stable snowpack. We were able to ski steeper lines with minimal movement. The snow was wispy, dry and delightful. After a couple juicy laps we headed into Truckee for burritos and beers at Bills. Our early season teaser was a smashing success. We found that not only is the backcountry ready to go…it’s about as good as it gets. So go get some! 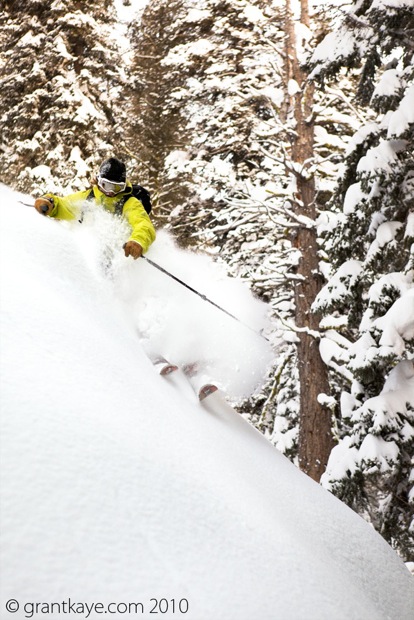 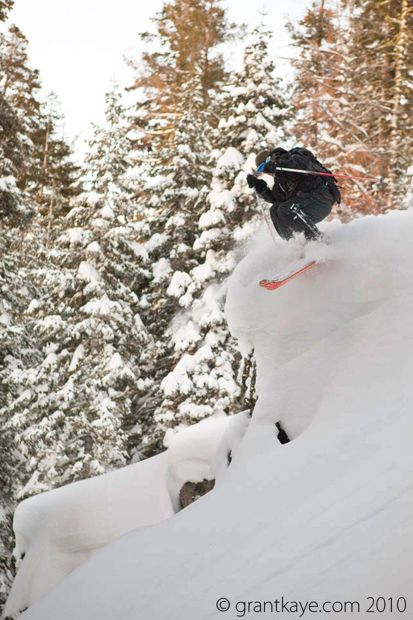 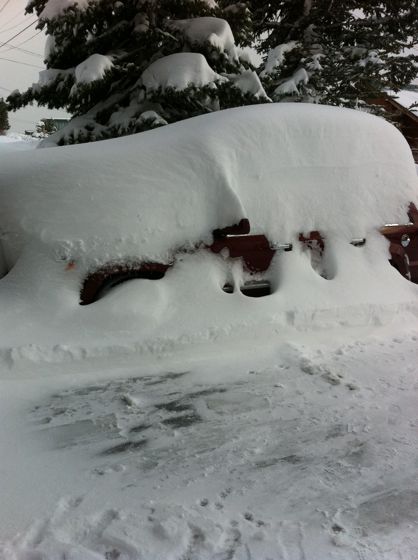 Day after day of new snow has pounded Northern California resulting in the highest pre Thanksgiving snow totals in over a decade.  Choking deep, bottomless powder has been reported at local ski areas and in the backcountry.  Ski touring is virtually impossible with no bottom whatsoever to register on.  Once the snowpack has a few days to settle we should experience mid season base depths and ski season should be in full swing.

Over a foot of new snow fell in Truckee and Squaw Valley last night with close to two feet along the Pacific Crest. Partly sunny skies this morning were apparently a sucker hole as we are expected to receive another two to three feet by tomorrow morning. As of 9:45 am it was snowing steadily in Squaw. 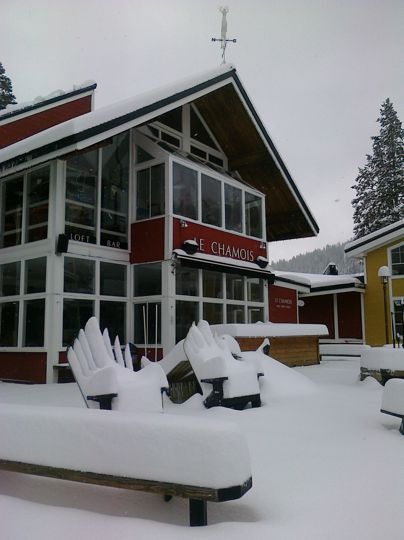 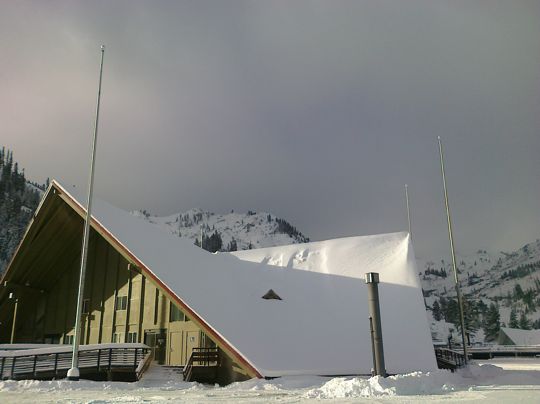 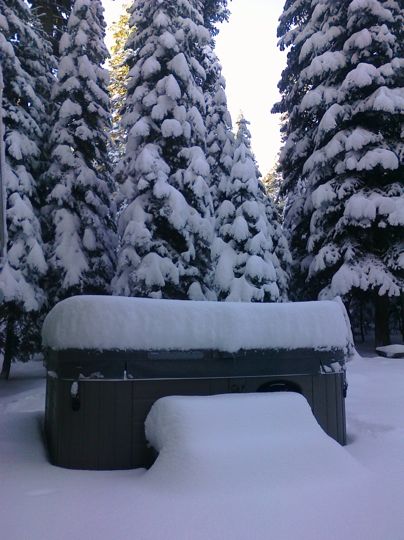 Fall is the perfect season to get out and explore backcountry jeep trails in the Truckee/Tahoe Region. Occasional rain keeps trails free of dust and cooler weather is great for engines that tend to run hot. Jeeping is a great way to visit dense forests, huge open valleys, mountain streams and remote fire towers. The large storm expected for this weekend should mean the end of four wheeling season and the official start to ski season. 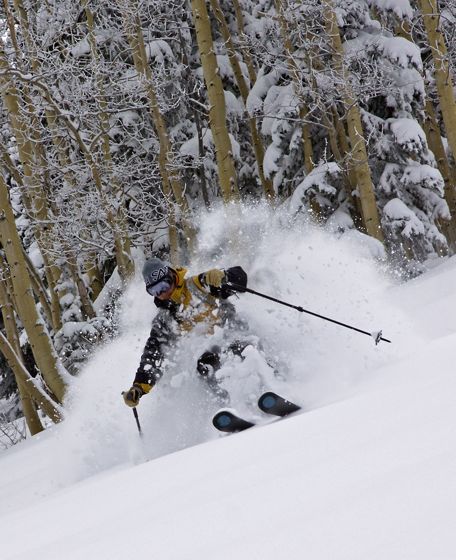 Chris Davenport samples fresh powder in Colorado Tuesday morning. It looks like we will be sampling fresh powder in California this weekend. Reports look very promising for substantial snowfall Friday through Monday.

SnowBomb Goes Off Again! This Time in Santa Clara

The SnowBomb Ski and Board Festival had another explosive weekend, this time in South Bay. Sunday afternoon featured a performance by the all female Led Zeppelin cover band Zepparella. Here are some photos from the weekend. 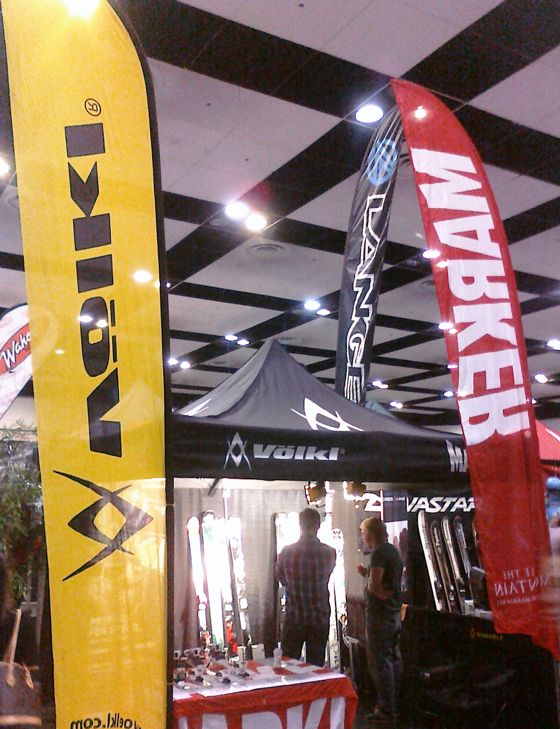 Jamie Lavalle shows off the new lineup from Volkl 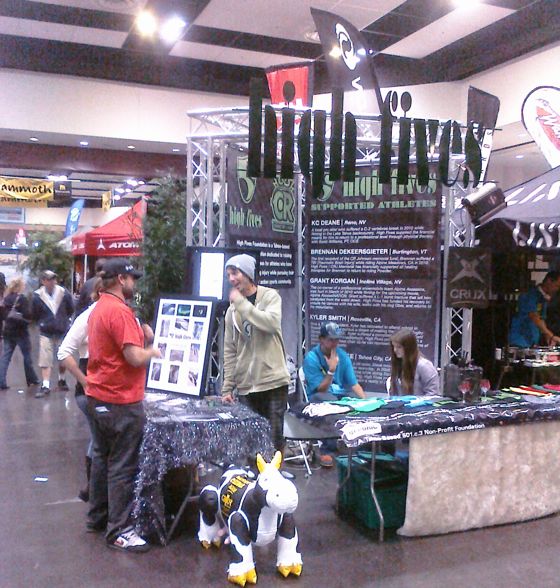 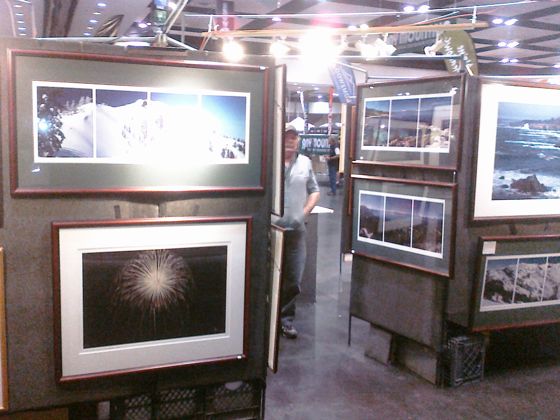 Tahoe photographer Kiwi hides out in his traveling gallery 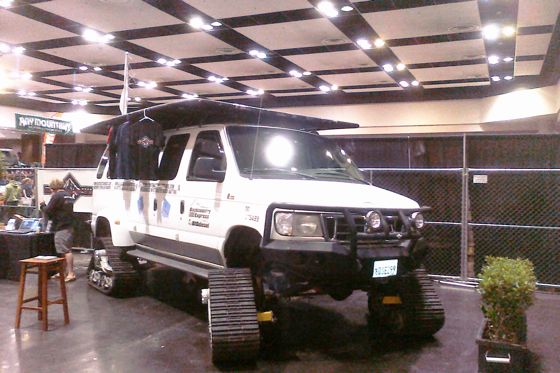 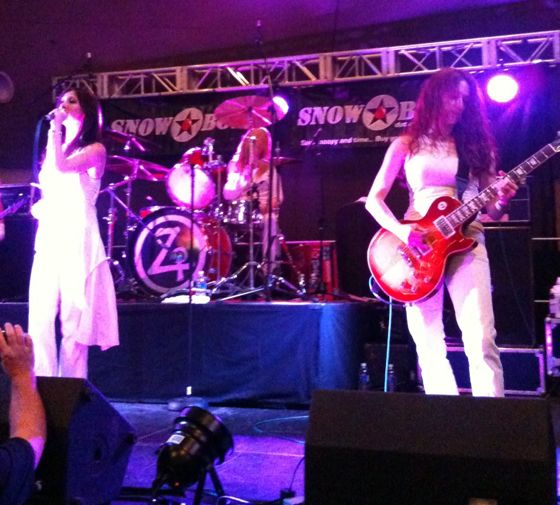 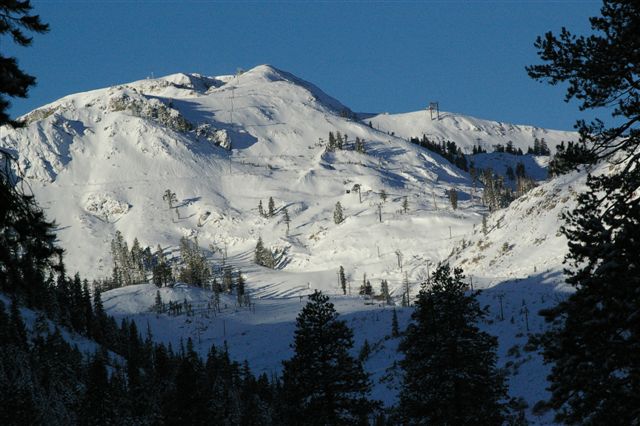 Squaw Valley picked up another 5 inches of snow above 8,000 feet yesterday in addition to the foot of wet snow that fell over the weekend. Conditions seem to be heading in the right direction for the anticipated opening day of November 20. Quality boot deep snow was reported in Oly Bowl this afternoon. Mostly clear weather is expected for the next week. (photos by Wendy Nevins) 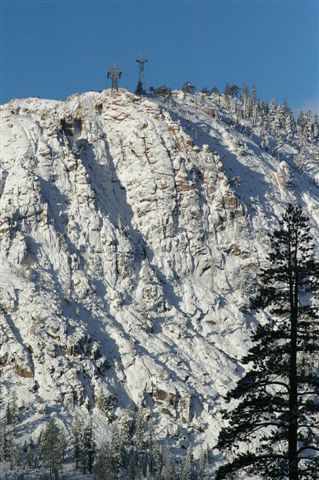 Thousands of snow enthusiasts turned out for the SnowBomb Ski and Board Festival held at Fort Mason in San Francisco last weekend. The event had something for everyone including equipment manufacturers, ski resort and hotel operators, and product and trip giveaways. Saturday featured a wine tasting and Sunday a beer tasting. Both days included skateboard and BMX vert ramp demos that were especially exciting because of low support beams that had to be carefully navigated during large airs.

Tahoe based companies had a strong presence at the show. Pacific Crest Heli-Guides founder Dave Rintala brings Tahoe it’s first ever heli ski operation starting this season. They will fly out of the Truckee airport and serve terrain from just west of Desolation Wilderness to the Sierra Buttes. Pacific Crest Cat Skiing serves as a reliable backup for down days with nearly 2,000 acres of terrain in Cold Stream Canyon near Truckee. Doug Stoup of Ice Axe Expeditions spoke to potential clients about his Antarctic ski and trekking expeditions. He leaves for his next adventure this Friday. Heli ski guide Jason Mack represented Points North Heli Adventures founded by Truckee resident Kevin Quinn. Jonny Moseley posed for photos, chatted up guests and played WII skiing in the Squaw Valley booth. Squaw Valley is currently revamping the Olympic House and other base facilities in time for this coming season. Across the aisle from Squaw Valley Ski Corp were Squaw lodging properties including The PlumpJack Squaw Valley Inn, The Resort at Squaw Creek and The Squaw Valley Lodge. 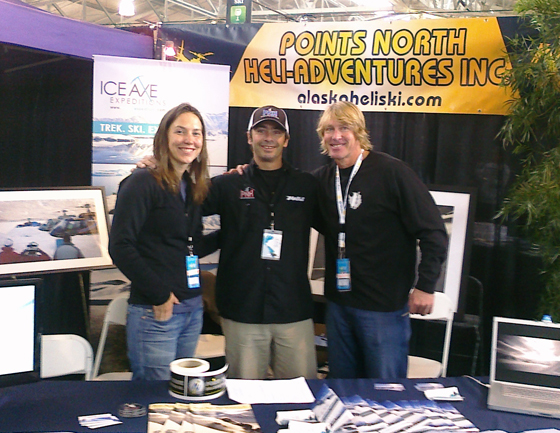 SnowBomb at Fort Mason was a great place for riders to get pumped for the upcoming season. Taking a break from the show was a pleasure as stepping outside provided fantastic views of the Golden Gate Bridge and Alcatraz Island. The SnowBomb energy continues November 13 and 14 at the Santa Clara Convention Center. 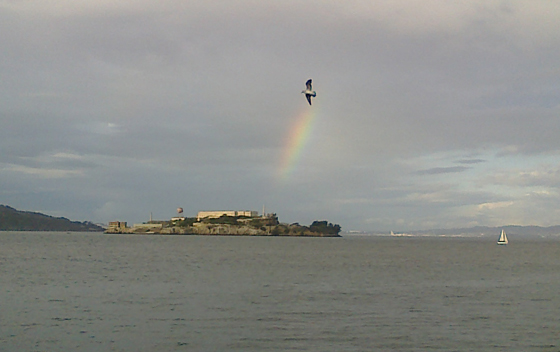 Alcatraz as seen from Fort Mason