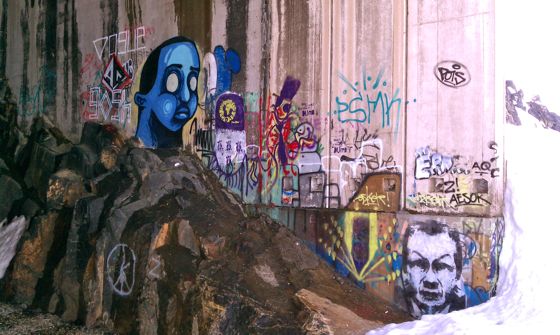 An interesting artifact from US rail history resides just west of Donner Lake adjacent to Old Highway 40.  The tunnels and snowsheds from the original transcontinental railroad passage through Donner Summit create a horizontal line across Donner Peak.  More than a century ago, Chinese workers provided the bulk of the labor in the excruciatingly time consuming and dangerous construction of the railway.   Newly developed nitroglycerine was largely used for nearly two years of blasting required to bore through the mountain. A seventy five foot high retaining wall between two tunnels was built entirely by stacking natural rocks by hand.  The snowsheds were designed to protect the train tracks from avalanches and snow drifts and were originally built with wood and later replaced by concrete.  The four mile stretch was retired in 1993 by the active Union Pacific tunnel which passes through the mountain just south of the original line.  The defunct section of the snowshed no longer contains rails and can be navigated on bike or four wheel drive in the summertime.

The same steep slopes on Donner Peak that created an avalanche hazard to the transcontinental railway provide a variety of nice ski terrain ranging from mellow cruising on the west side to challenging lines on the north face. 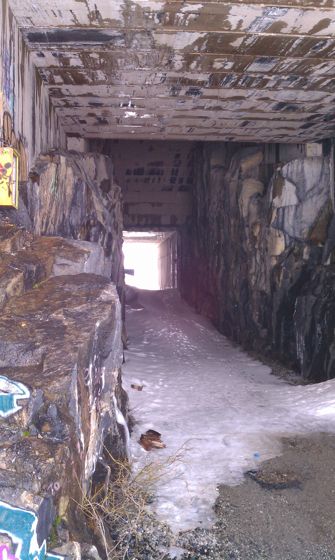 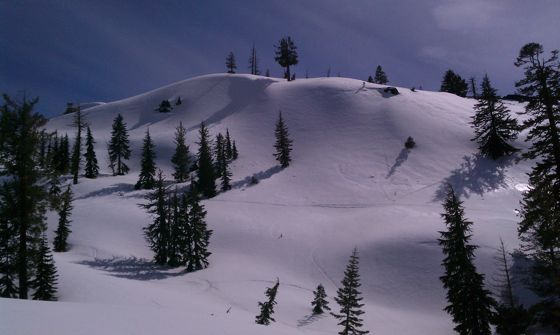 Terrain on the west side of Donner Peak above the historic snowsheds. 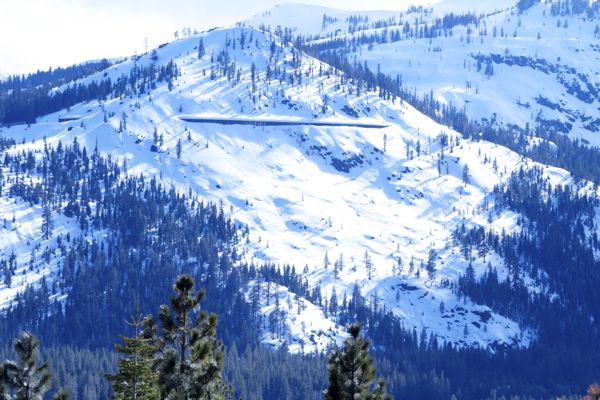