Off Roading in the Off Season

While sweating through the August heat, choking on forest fire smoke and anticipating the first snowfall, I’ve been reporting on off-season activities like summer skiing, base jumping, golf and jeeping. Here’s a post by Rob McCormick about a modest off-road vehicle that bit off more than it could chew and discovered a local backcountry gem in the process. 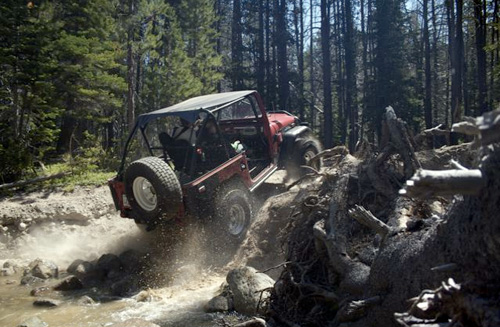 Last weekend I decided to try a new off-road trail in my 1971 Land Cruiser.  I noticed an intriguing route on the map that starts just west of Cisco Grove at an OHV (off highway vehicle) staging area called Indian Springs.  The route is called the Fordyce Creek Jeep trail and travels northeast into the central part of Jackson Meadows.   The route looked especially enticing because it goes into the spectacular terrain that most people notice to the north of I-80 just after Emigrant Gap when traveling eastbound toward Truckee. Read more >>