Many Tahoe skiers migrated to the Eastern Sierra last weekend for a stellar corn session. Familiar faces were spotted from Sonora Pass to Tioga Pass and everything in between. Snowpack is standing tall at about two months behind standard melt schedule. It’s going to be interesting to see how many snowfields make it until new snow starts falling next season. Basically if every snow year was like 2011, new glaciers would begin forming in California. 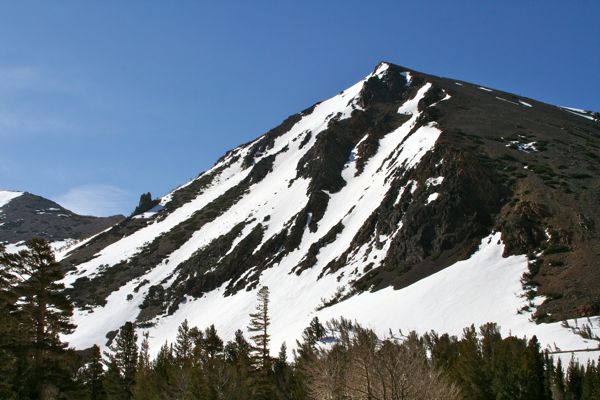 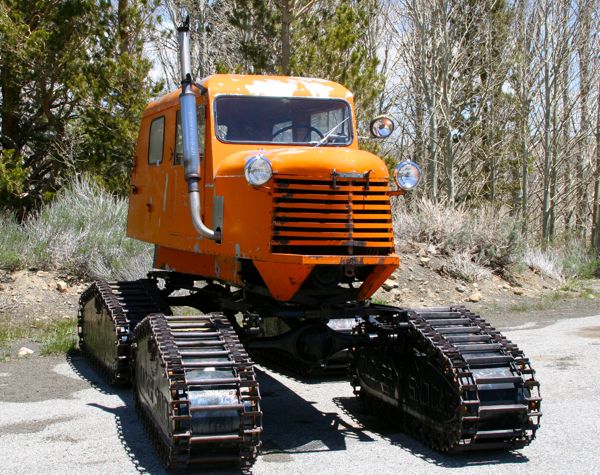 This would be fun to drive! Vintage snowcat at gateway to Virginia Lakes. 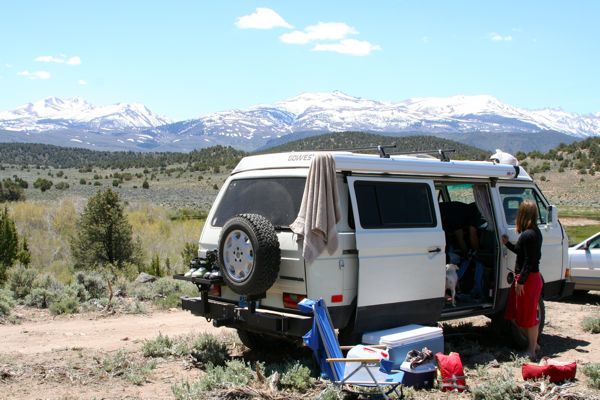 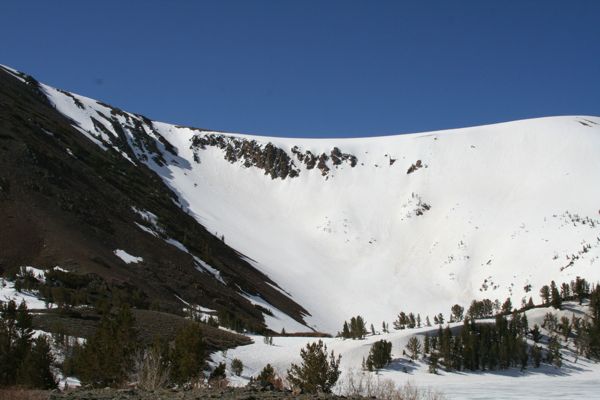 Still plenty of snow in the Eastern Sierra. 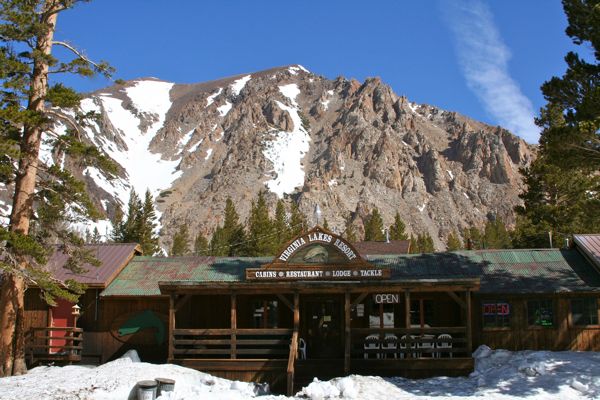 Virginia Lakes Resort with Dunderberg Peak in the background. 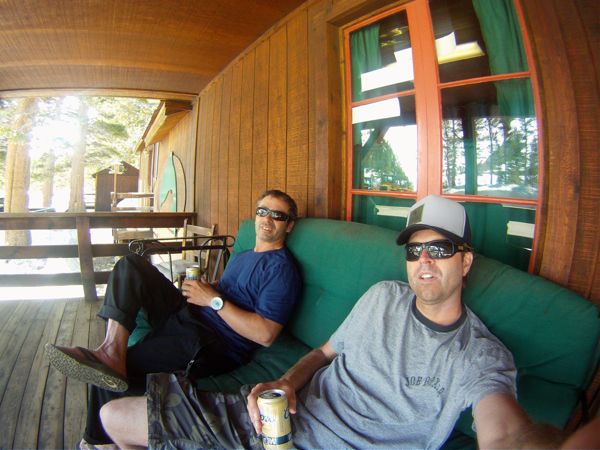 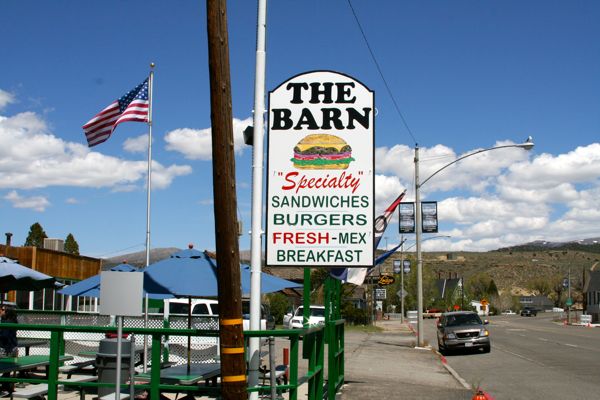 Need to re-up on calories after the tour? Why not double down on a half pounder from The Barn in Bridgeport?