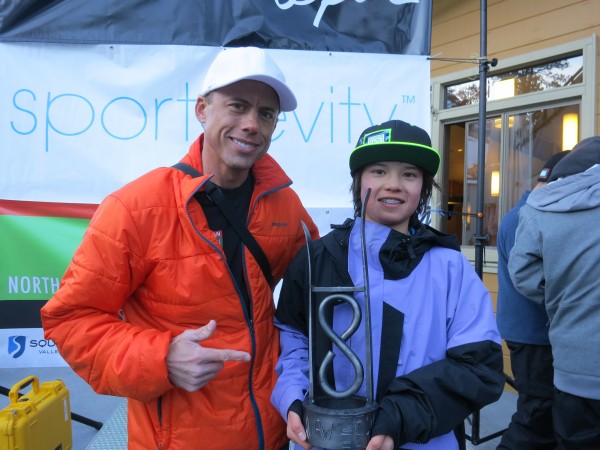 Cooper Davis of Sugar Bowl received the first Sportgevity Award at the Smith IFSA Squaw National comp last weekend. Robb Gaffney was there to present the Sportgevity award which was established to recognize an outstanding athlete that exemplifies the qualities and decision making promoted by Sportgevity. The Sportgevity Award is given to an athlete who demonstrates the ability to select a fluid line and to ski or snowboard the line keeping in mind the following: knowing when to step up or step back, the rule of simplicity, and whether he/she could ski the same line for decades to come. Congratulations Cooper!