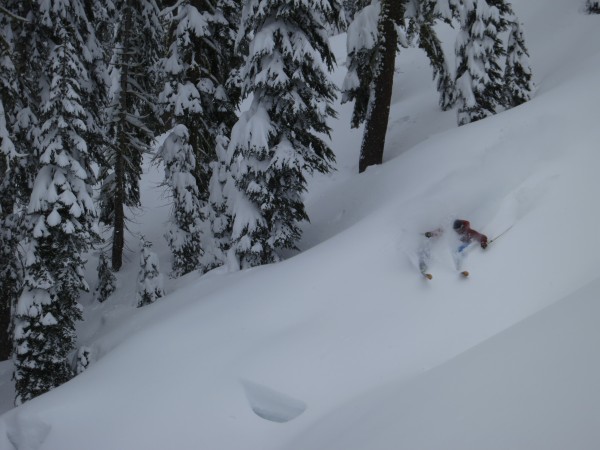 Today was the third great ski day in a row. Sunday’s bluebird pow day was followed by an incoming storm on Monday. Tuesday was a mix of more snow with intermittent bursts of sunshine. Higher elevations along the Sierra Crest have received nearly six feet of snow in the last week. It may be April fools but the ski conditions are no joke. 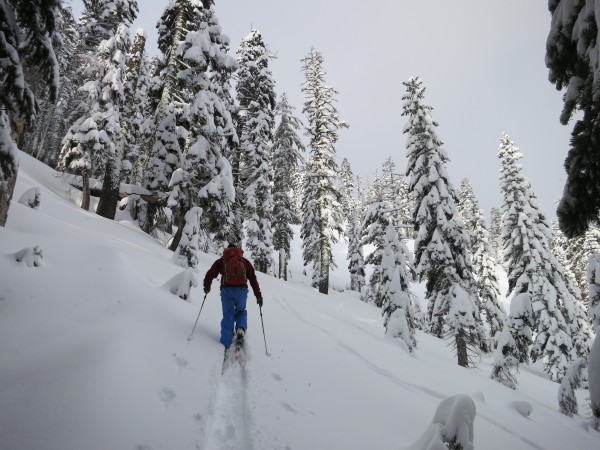 Setting the track on March 31. 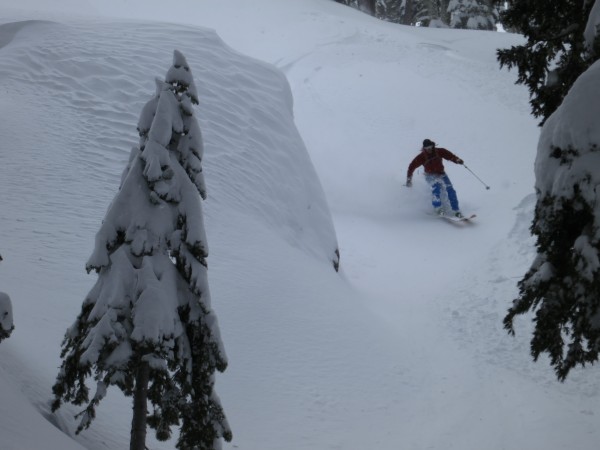 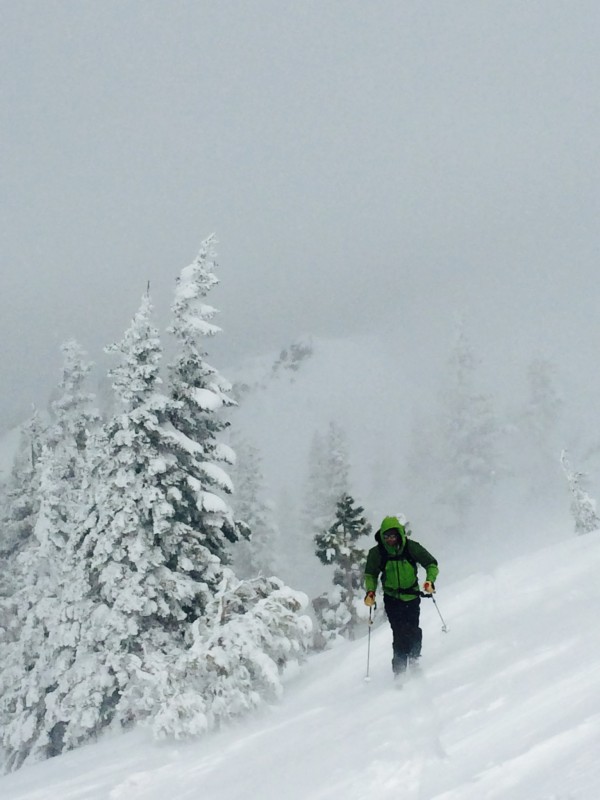 Rob McCormick takes a walk on the Sierra Crest as Monday’s storm moves in.