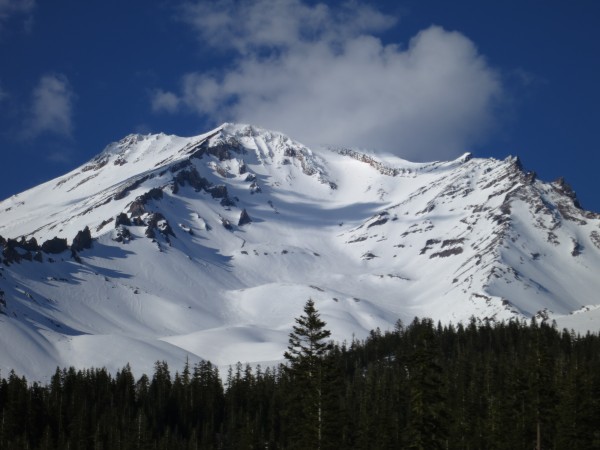 Ski mountaineers often head to Mt. Shasta in June and July for great weather and long ski descents. After this season’s far below average snowfall and early onset of warm weather, there is no better time to head up to Mt. Shasta than right now. We visited Shasta the weekend of April 12 and were not disappointed. It’s easy to see how many consider Mt. Shasta a spiritual epicenter of the planet. With it’s massive vertical relief and limitless ski lines, Mt. Shasta may just be the epicenter of the backcountry ski world as well. 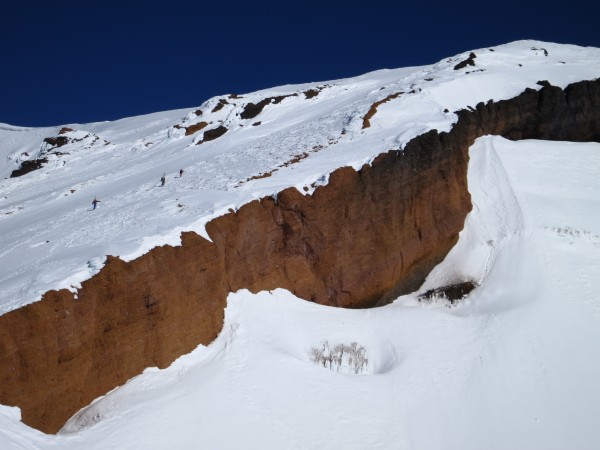 Kyle O’Neal, Robb Gaffney and Noah Gaffney bridge the gap between Red Banks and Misery Hill on the upper flanks of Mt. Shasta. 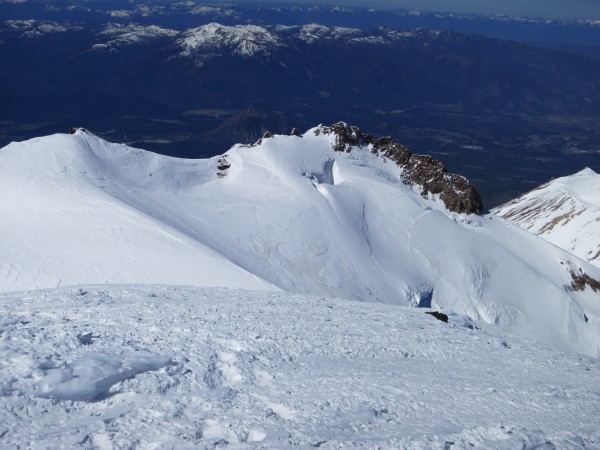 Whitney Glacier as seen from the top of Misery Hill. 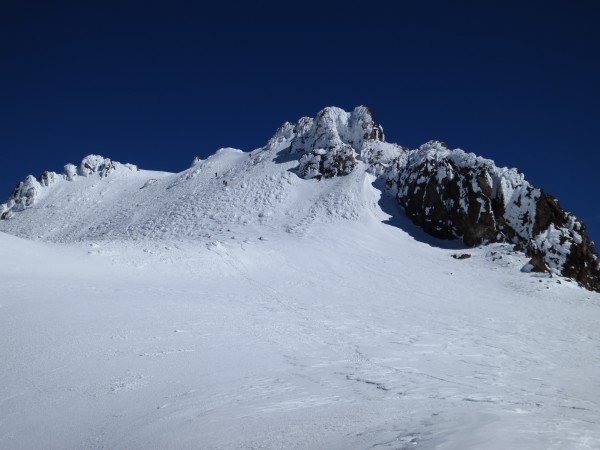 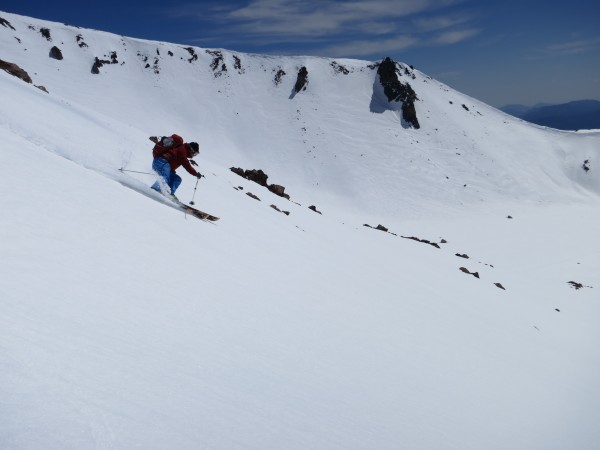 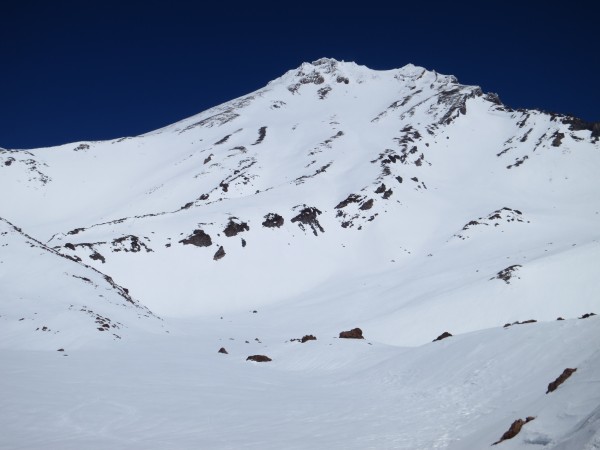 The West Face of Mt. Shasta as seen from Hidden Valley. 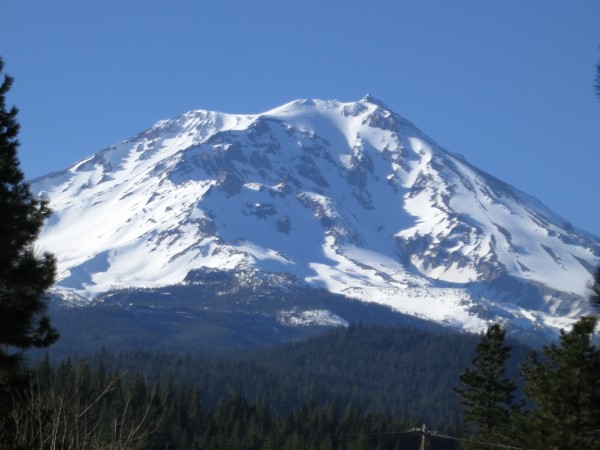 The alluring yet mysterious southeast face of Mt. Shasta as seen from McCloud.